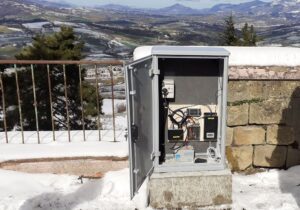 Consisting of 14 accelerometric stations based on modern MEMS (Micro-Electro-Mechanical Systems) technology, the Observatory was developed as part of the H2020-ARCH Project, coordinated for INGV by researchers Antonio Costanzo and Maria Fabrizia Buongiorno, in order to build a network for high-density seismic monitoring in an urban area where there are numerous historical, architectural and cultural assets.

Upon the occurrence of a strong earthquake, the new monitoring network will provide information relating to the levels of shaking in the area in a very short time. This information will be essential during a seismic crisis for better management of the Civil Protection rescue interventions and to support the safety measures on the heritage.

The data acquired from the Camerino urban network, suitably pre-processed, will flow into the information platform ARCH-THIS (Threats and Hazard Information System) created by INGV, which will feed the ARCH-DSS (Decision Support System) developed by ENEA in the scope of the project.

The urban seismic network is the result of an INGV team made up of staff from the National Earthquake Observatory, the Palermo office and the Rende (CS) office which saw the participation of the technicians Stefano Speciale, Giovanni Vitale and Sergio Falcone and the researchers Antonino D’Alessandro and Antonio Costanzo.

The construction of the Camerino Urban Seismic Observatory network, set up in a very short time, was possible thanks to a careful preliminary study, which made it possible to thoroughly evaluate the various logistical and technical aspects. it was also possible thanks to the support of the municipal administration and the University of Camerino, which have prepared the sites hosting the accelerometer stations.

In the coming months, all the other constituent parts of the Urban Seismic Observatory will be perfected: from the acquisition, to the transfer of data and their processing in real time for the extraction of the engineering parameters useful for characterizing the actions on cultural heritage.

Furthermore, ground motion recordings will be processed to create shaking maps at urban level that take into account the local seismic response.

The information extracted from the monitoring data will be used to detail the analysis of the decision support system relating to the potential damage induced on cultural heritage, also taking into account the vulnerability estimates. 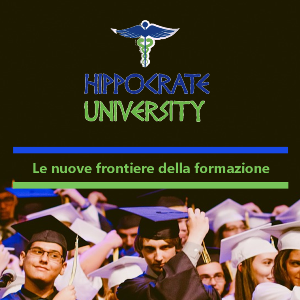